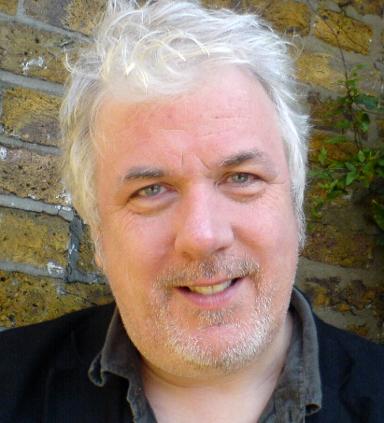 Nick Hennegan was born in Birmingham, England. His Mom said he was, "more trouble than all her other kids put together."

He felt sorry for his Mom. Being from a council estate social housing project his career choices were limited. He tried to do the right thing for his Mom and get a proper job after he left school at 15, but his Dad's factory closed and everyone got laid off, so he tried other things.

Now he mainly writes and directs, after working for BRMB and BBC Radio.  Although he set up the Maverick Theatre Company on his old council estate in Birmingham to encourage new audiences to try theatre. And he was the first in his family to eventually get to university and now has an M.A. in Creative Producing. And he's won a few awards directing. And worked at Shakespeare's Globe. And won a bursary from The Society of London Theatre for producing. And 5* Edinburgh Festival reviews and world tours for his Shakespeare and Charles Dickens adaptations. And a Guinness Award through the Royal National Theatre.  And A Sony Radio Award. And he was nominated for 'Creative Briton'. And 'Midlander of The Year'. His first short film was selected as an NBX winner at the Edinburgh International Film Festival. He does a weekly radio show called 'Literary London' on Resonance 104.4fm. And his PODCAST has been selected as the second MOST POPULAR OF THE TOP FIVE BOHEMIAN PODCASTS TO FOLLOW on the internet, by Feedspot. And his last screenplay was voted one of the top 20 in the UK at the Cheltenham Film Festival with great feedback from a number of places, including the organisation behind the Oscars.  And he's set up a new agency, called MaverickTalent UK.

His Mom might think this is showing off a bit, but Nick is quite relieved the factory route was shut off for him after school.

I've been obsessed with Charles Dickens' classic since I first read a junior version of the book as a schoolboy. My first attempt to write a version ended up as my Royal National Theatre, Guinness award-winning play, A Ghost of A Chance.

I've adapted this version from an adaptation I found that Charles Dickens had actually written for himself to perform! And I've directed Olivier award winner, actor Guy Masterson... a master of one-person productions. We are co-producing with TTI and Maverick. For more dates and details, see www.TheChristmasCarol.co.uk

I was back at the Edinburgh Festival in 2022,post Covid, directing the WORLD PREMIERE of a new play, Winston and David, about Winston Churchill and David Lloyd George, written by his great-great Grandson, Robert Lloyd George! And for the first time, with Underbelly, instead of Assembly.

We're talking about another world premiere in August 2023. Watch this space!

The Edinburgh 2022Reviews for Winston and David. 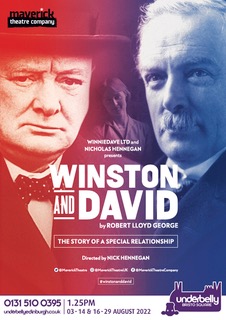 Nick has a number of writing, theatre, film, radio, TV and digital projects he'd like to get off the ground. And there's a few investment opportunities too!

Listen to Nick, not only on Resonance 104.4FM, but also on his podcast Bohemian Britain