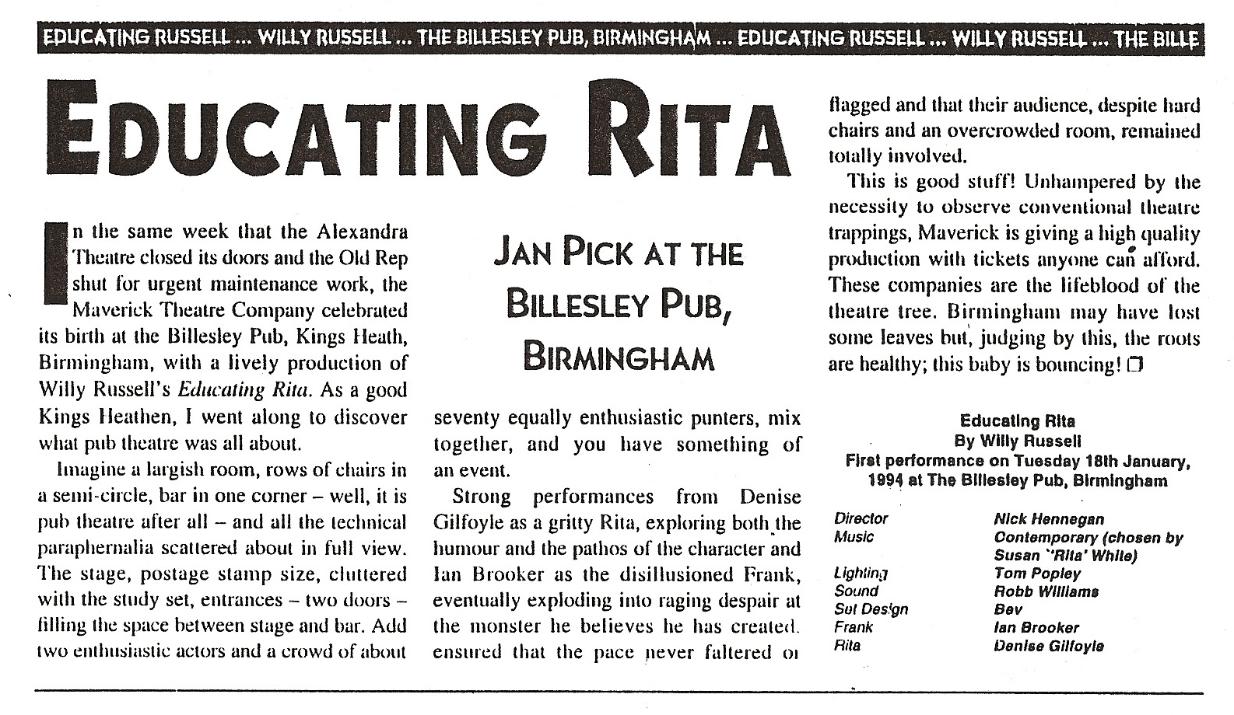 Romeo and Juliet are the star-crossed lovers who end up dying. Surely a story well-known thanks to lot of ballets and operas, West Side Story, Zeffirelli’s famous film from 1968, the modern version with Claire Danes and Leonardo DiCaprio from 1996, ad nauseum.

Romeo and Juliet of feuding families meet and fall in love. But he’s from the wrong side of the tracks and she is promised to another.

So, they devise a plan that makes both look like they are dead and can then run off together. But they haven’t quite exchanged the details of the plans with each other.

Writer/director Nick Hennegan has culled the basics of the story and made it current. Equal parts of Shakespeare and Hennegan. The weight of the issues of the Shakespearean Romeo and Juliet lack the realism to start the modern-day play off. The chaste characters in Shakespeare are nothing like the easy access of today. It’s hard to find a way to make this happen.

When, with Hennegan’s razor sharp direction, the actors find the relationship, it becomes breathtakingly inspiring.

The two-minute wordless love scene is one of the most powerful I’ve seen. (Hennegan or movement director Katie Merrit.) It is neither sexual nor salacious nor titillating. It is a dance, a ballet.

From here forward, Hennegan and his actors are masters. The cast is flawless and well matched. This is a masterclass on how to do Shakespeare with four actors and one very wise director. 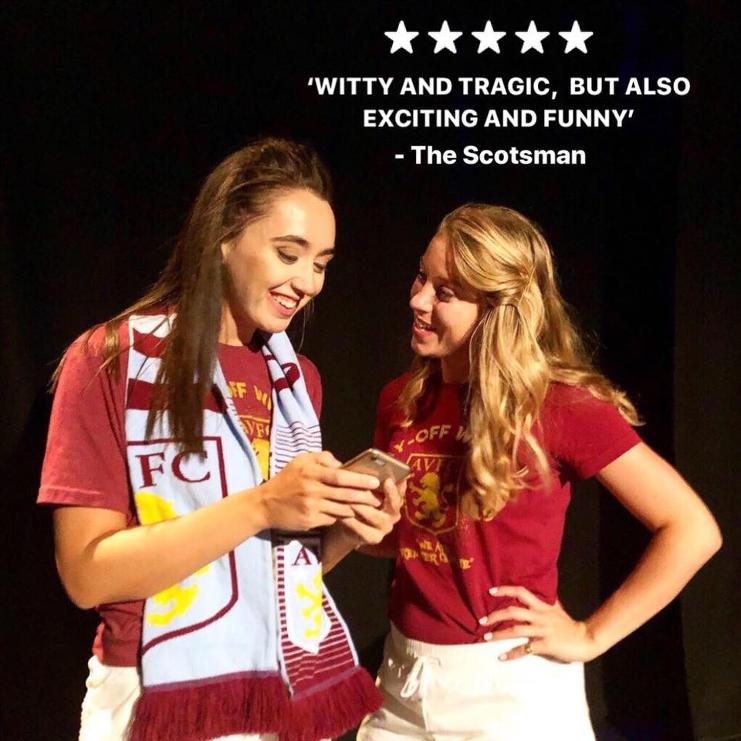 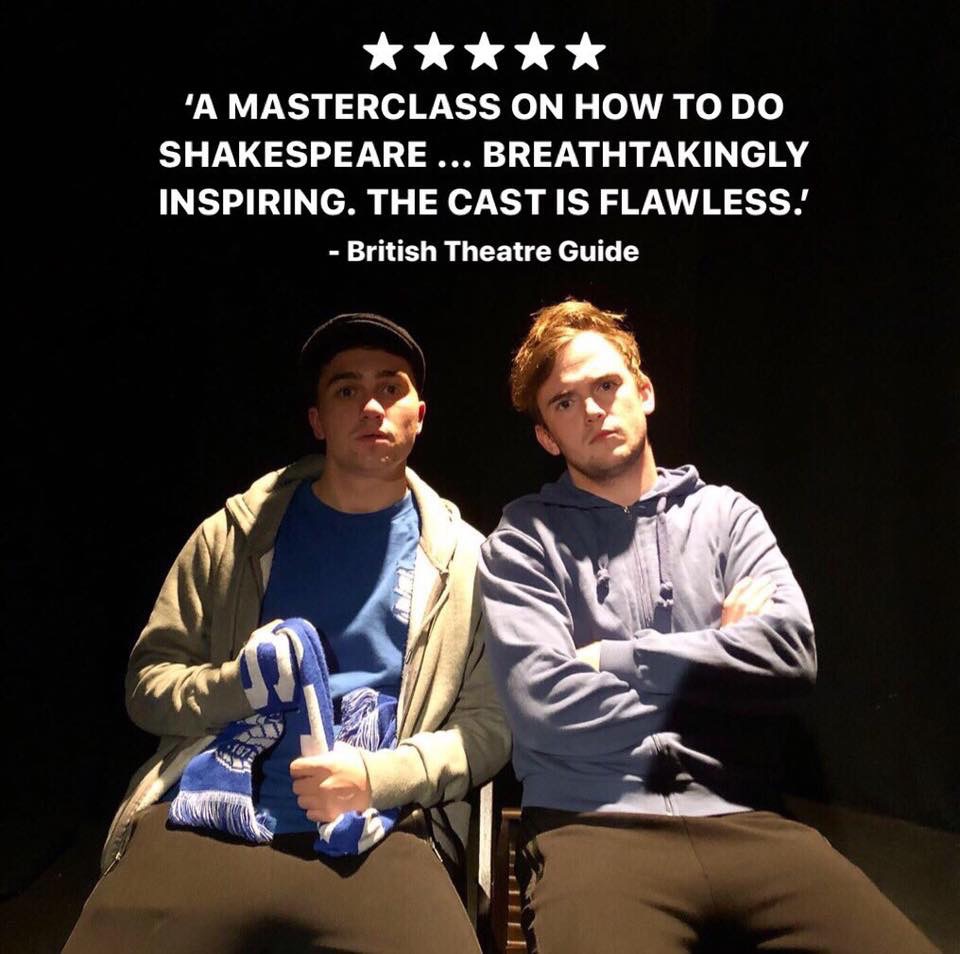 Sex, satire and sport: it’s not an obvious combination, but it’s one that these updated versions of Shakespeare’s witty and tragic, but also exciting and funny, love story often have in common. If you’re looking for something to take your non-theatre loving friends to, they’re all also highly accessible and a great reminder of not only how evocative the original language is, which they each include, but the range of subject matter it’s possible to cover through clever and creative contemporary adaptations.

Meanwhile, there’s another kind of Capulet in da house party – one from the Midlands – in Nick Hennegan’s similarly sport-themed Romeo & Juliet set around two warring football clubs, Birmingham City and Aston Villa. Here, a female Juliet is equally at home kicking a ball as she is listening to R&B and sending gossipy texts. This is a place where “examine other beauties” means getting on Tinder and living your life obsessing over a man is a definite no, no – at least until “lips” start doing “what hands do” and it becomes a definite yes, yes.

Here, the banter is as up to date as the latest i-Phone, thanks to amusing colloquial asides woven into the dialogue by Hennegan to create a culture clash between Shakesperian and contemporary language – one that’s as invigorating as the physical theatre battles between the two teams of players at the start. 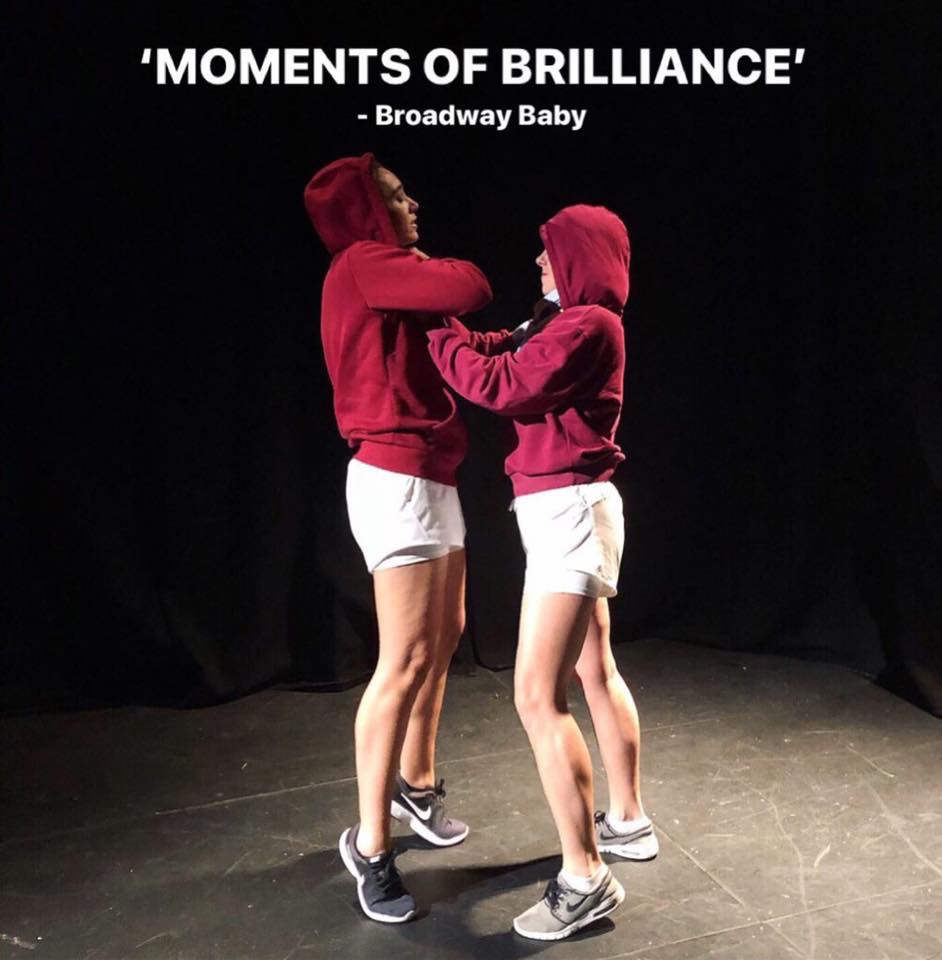 With the inevitable tragedy looming, the comic interjections subside in a way that reveals their limitations, but as Romeo and Juliet wishfully plan their future together in Manchester – an unlikely alternative to Mantua – the remaining flecks of humour makes what we all know is going happen next even sadder.
With epic musical interjections reminiscent of queuing for a major theme park attraction, it’s a piece that could be developed through a bigger production that integrates sound and physicality more throughout, as well as a full set. But when the young performers take their bow, it’s a surprising reminder of how large a story they’ve managed to tell with only a cast of four.

Solo Hamlets seem to pop up almost every year in Edinburgh but this particularly professional hour still impresses.

Nick Hennegan has filleted the original in satisfying fashion, retaining much of the poetry and characterisation. His angle is unusual, witnessing events through the eyes of loyal Horatio, for whom he has written a series of short linking sections that do not detract from the original, even if the language is recognisably different.

The key though is an outstanding performance from Kizzy Dunn, who plays numerous parts with aplomb and easily distinguishes between them, though one or two accent choices may grate, especially a Canadian (?) Claudius. As a bonus, Hamlet's Ghost is voiced by Sir Derek Jacobi.

Under Hennegan's direction, the story thrills once again in one of those Edinburgh shows that fully meets expectations and should prove very popular.

Some of Nick's other writing and directing.

Pete, Andy, Linda and Sue are P.A.L.S. They have been since they were very young schoolchildren. They are well-matched. It’s Sue’s garden so she’s the boss. Sue is number four because Pete is number one and he says so. These are the monumental moments of childhood.

In P.a.l.s. we see them grow from early schoolchildren to the brink of adulthood. They help each other grow up. The boys test their limits with the girls, becoming aware of their differences, especially as they grow into their sexuality. The girls don’t mind experimenting but here they are the “boss”. It is so familiar. Slowly, the characters and personalities of each grow up. But we must watch closely. They are best of pals who grow to be strangers.

Kizzy Dunn as Sue, Amy Anderson as Linda, Andrew Greaves as Andy and Phillip John Jones as Pete have created realistic children who grow to be adults. These four talented actors, also in Romeo and Juliet, are well-cast and well-matched.

This is based on a on a true story from director / writer Nick Hennegan’s own past. He has constructed a believable and enchanting world that does not reach farther than their front doors and no more painful than a skinned knee with the energy and imagination of children—until the end.

Four white chairs create their world with only one onstage costume change. Kudos to the production team: costume, lights, sound, board tech.

As realistic as his script is, Hennegan's directing is spot-on, especially the one frighteningly well-done moment when the somewhat naïve Andy has an unexpected homosexual encounter. Greaves reaction is so real, so raw, so painful, so mesmerizing. Audiences live for these moments.

This is a winning team of talent and another jewel of Guy Masterson. 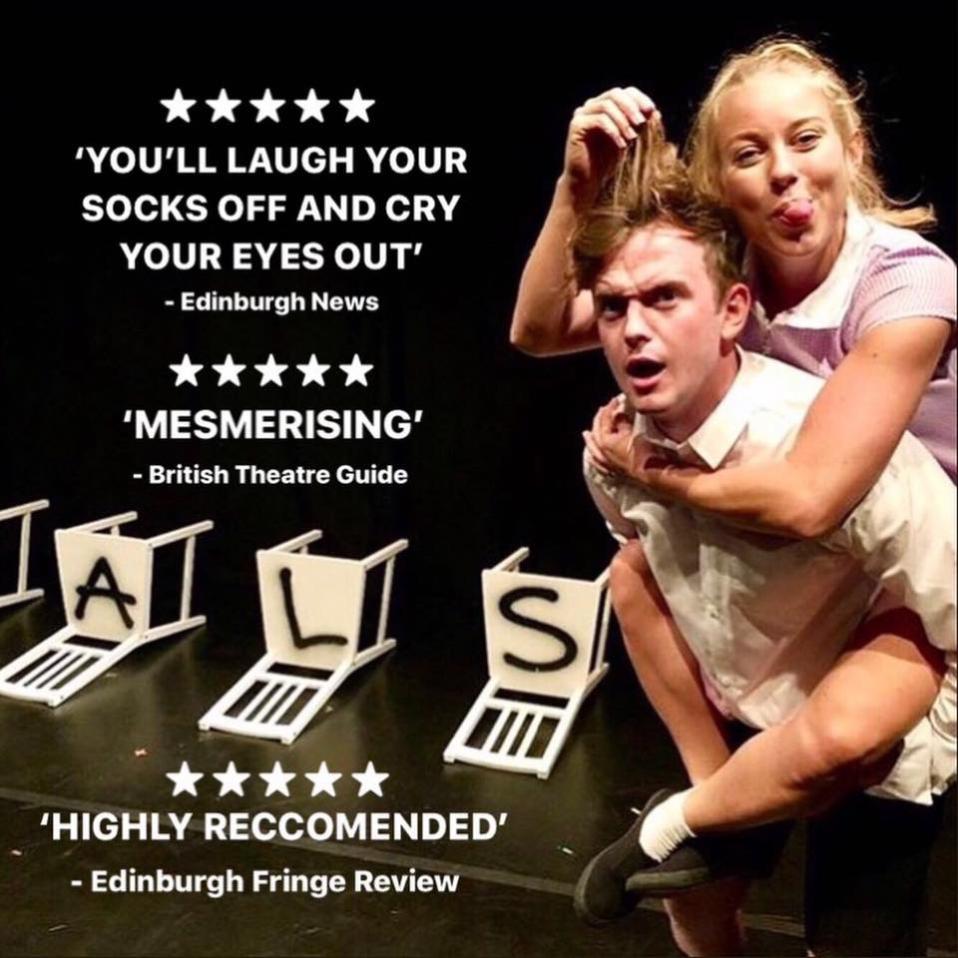